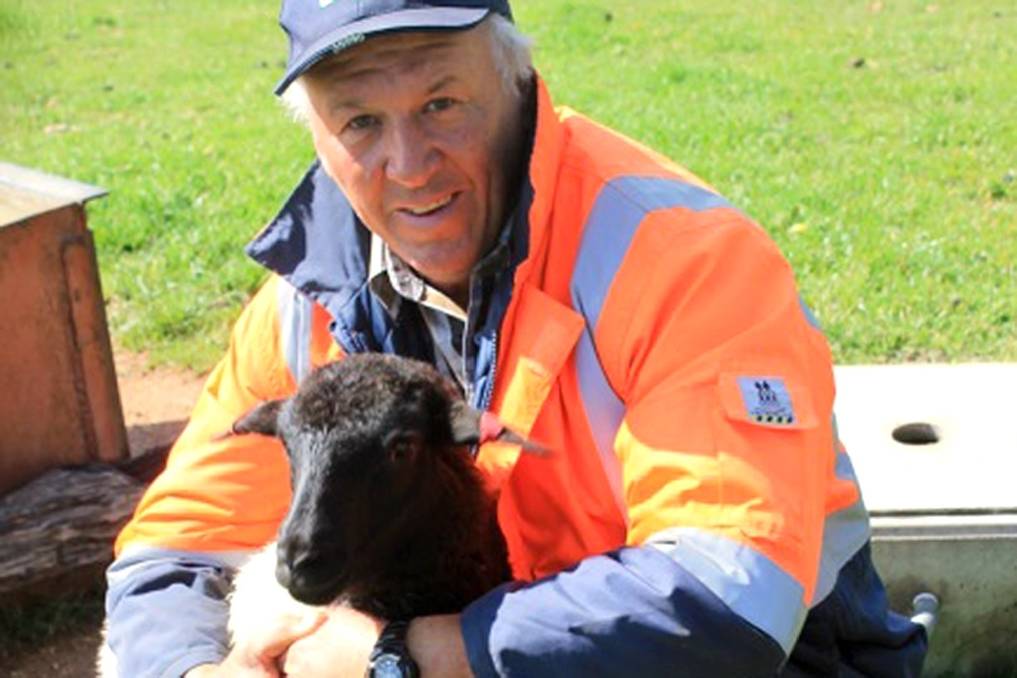 FOR Carboor Valley graziers Harry and Nicola Bussell, much of what they do comes down to a simple equation: "It's 80 per cent feed and 20pc breed, that's something we have known and discussed for many years," says Mrs Bussell.

FOR Carboor Valley graziers Harry and Nicola Bussell, much of what they do comes down to a simple equation: "It's 80 per cent feed and 20pc breed, that's something we have known and discussed for many years," says Mrs Bussell.

They run Dorpers on their farm in Carboor, near Wangaratta, selling prime lamb directly from "paddock to plate" – delivered to the door, butchers and supermarkets, in addition to running a stud.

"Because we have the stud, we know what the genetic potential is, or should be in each individual animal, however you've got to get the nutrition and feed right to fully express that potential in those animals," Mrs Bussell said.

Harry Bussell said he would not use a sire in the stud if the animal could not grow 500 grams a day, "less than that is a flock ram."

"In Dorpers, growth is king, but this goes back to recognising that the rams that can grow fast are the ones which are utilising the pasture better," Mr Bussell said.

The Dorpers were chosen due to their ability to continue to grow in hot, dry conditions and their excellent meat yield and eating qualities.

And as they are a shedding breed they did not need shearing or crutching.

The Bussells are also currently breeding them to have a naturally short tail, so they don't require tailing as lambs, one less job for the producer and one less setback for the animals.

The sheep are run on 400 hectares, in the King Valley catchment.

"We have had everything from fine wool merinos to super border rams and then bred our own first-cross ewes".

Originally, under Harry's parents, the farm ran Corriedales, at about one to half a hectare, and getting 50 to 60pc lambing.

"We now run around three ewes to the half a hectare and have more than doubled the average lambing percentage," he said.

"I worked full-time off farm then about five years ago came here full-time and lifted the sheep numbers – the aim is to get to around 2000 high-quality Dorper breeding ewes.

In switching to Dorpers, the Bussells looked at all the leading studs in Australia at the time, before settling mainly on Kaya bloodlines, from Western Australia, which was the only stud recording data in Lambplan at the time.

"Lambplan was our introduction to this and remains critical for measuring across generations, which is so important in a stud situation."

"We have been electronically ear tagging our stud sheep since 2008 and the commercial flock since 2012," Mrs Bussell said.

"This allows us to monitor individual animals throughout their lives, and particularly in our production of prime lambs, to accurately predict the sale date of the animals to market specifications.

"We would argue that by measuring an individual animal's average daily growth rate (ADG) you can identify the performers and under performers in your enterprise, while guarding against feeding animals that won't deliver.

"For us EID is clearly the most exciting and innovative tool available to a sheep producer to lift productivity and profitability on farm, in our lifetime."

Successfully producing Dorpers commercially in a high rainfall environment still wasn't without its challenges: "Initially the sheep did not adapt too well, coming from 38-51 millimetres of rain, to an average of 1000mm a year," Mrs Bussell said.

"Once they have been bred here though, on the property, they do change and adapt considerably to the higher rainfalls and different diet."

And while Dorpers were not the perfect breed, they had some amazing strengths.

"The challenge is to work on a live animal to make it stack up to be the best prime lamb breed in Australia, and to be able to handle the wetter country."

In essence, the Bussells "redesigned" the Dorper; "but we are well on the way now, to having that animal which can operate in this environment," Mr Bussell said.

Lambing takes place from May, after being joined on December 1, so they could be on the ground before the cold of winter.

The second half of the ewes were joined in March, for a spring lambing, which gave them an extended season for the paddock to plate operation and butchers.

Despite the Dorper being a polyoestrous breed, they only lamb each ewe once a year.

"We started off by lambing the ewes twice in 12 months, to build our numbers quickly," Mr Bussell said.

"Then we went to three lambings across two years, but in the end we realised we weren't really gaining anything and managing a lot of lambs of such diverse ages was much more difficult.

Sheep are culled on the basis of the three "T's" – "teeth, toes and tits", said Mr Bussell.

"I don't cull on age, but on whether they are sound," he said.

Lambs were sold at between 50 kilograms to 70kg live weight and over the hooks.

"Every single lamb is weighed before it leaves the farm and I can tell the processors, within 100 grams, what they are going to dress before they even get on the truck."

"The paddock to plate is a lot of work, but what you do get out of it is magnificent market research, you will know when you have hit the spot, people will tell you and you regularly get to see your carcasses and measure the yields." Mr Bussell said.