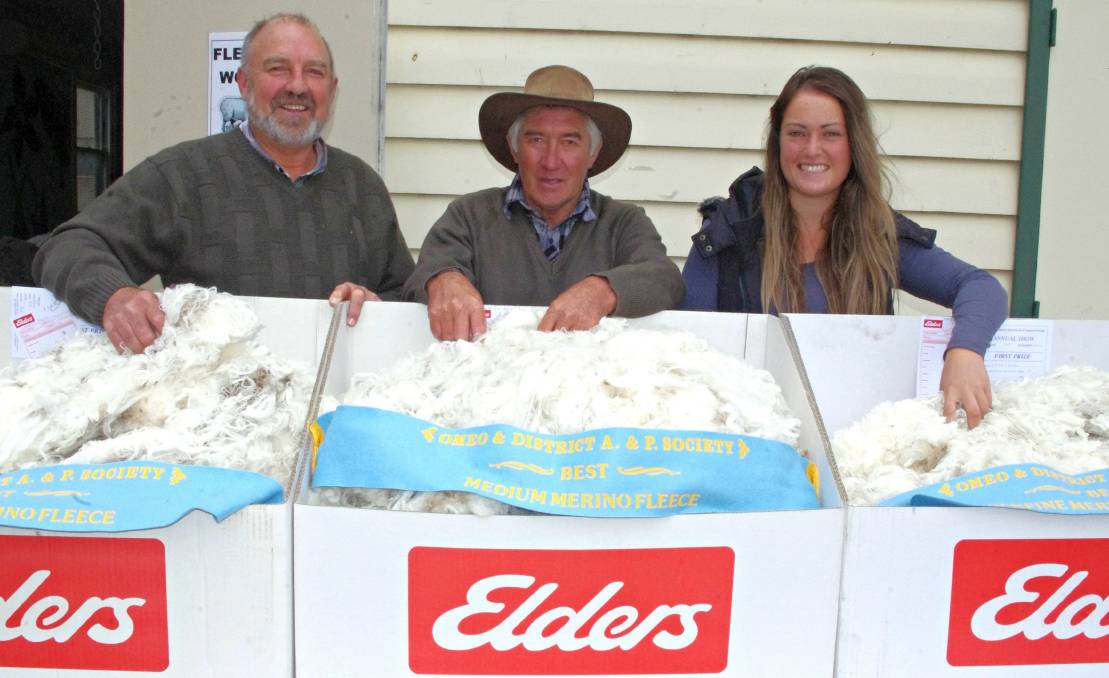 HE WAS known as a 'Trojan' in the wool industry and now the late Michael Manion's name will be perpetuated with a foundation set up by his peers to assist rural people in need.

HE WAS known as a 'Trojan' in the wool industry and now the late Michael Manion's name will be perpetuated with a foundation set up by his peers to assist rural people in need.

Fundraising will be kick-started at Melbourne's January 15 wool auction when a bale of fleeces donated by Omeo district growers will be sold and all money donated to the foundation.

Some of the growers will be attending the auction, along with the foundation's directors.

Mr Manion passed away, aged 61, in July 2014, six weeks after being diagnosed with cancer.

He started his career as a junior wool-buyer with Mitsui (Japan) before moving to Laycock and then on to Elders' international wool division.

In 1999, Mr Manion was the founding member and managing director of Segard Masurel (Australia), where he quickly developed a close business team.

"Michael was in the wool trade for 43 years as a wool-buyer and inspired a lot of people around him, including looking after young wool-buyers just starting out," said Ken Stock, friend and one of the foundation's directors.

"A group of people wanted to do something in his name so we came up with the idea of a charity foundation.

"We'll work out every year an isolated case – a family, a child or a charity in need – and it'll be nice to give back to the rural sector where there's a need."

The group has a long history of raising money for charities such as the Royal Flying Doctor Service and has contributed $50,000 to Epilepsy Victoria over many years.

"Michael was always pretty generous and there to lend a hand to anyone in need," Mr Stock said.

"He was a hard worker all his life; he was known as a Trojan in the wool trade.

"We just wanted his name perpetuated."

Elders' wool manager Mal Nicholls has raised the first bale to be auctioned on January 15 in Melbourne.

Mr Nicholls asked woolgrowers in the East Gippsland high country to donate all the fleeces they entered in the Omeo Show.

Thirty top-line fleeces were donated – more than had been presented at the show for some years.

"The high country farmers were very pleased to be asked," Mr Nicholls said.

"I went to every shed during shearing season and every woolgrower said they would participate.

"These are some of the best fleeces out of the Omeo district this year.

"They include the winning fleeces of Kelvin and Jackie Pendergast and Bert and Brendan Ah Sam."

Mr Ah Sam said he was happy to donate his three winning medium-fine fleeces to the cause.

Omeo's Russell Foster donated five fleeces off the sheep he donates to the shearing competition at the Omeo Show and Darren Hayward, one of the show's organisers, donated three fleeces.

Max and Ray Pendergast and Bindi Station's Fraser and Penny Barry were also volume donors, along with a number of other woolgrowers in the district.

"The farmers certainly donated the best top show fleeces they had available."

Mr Nicholls will offer the bale on January 15 in Melbourne.