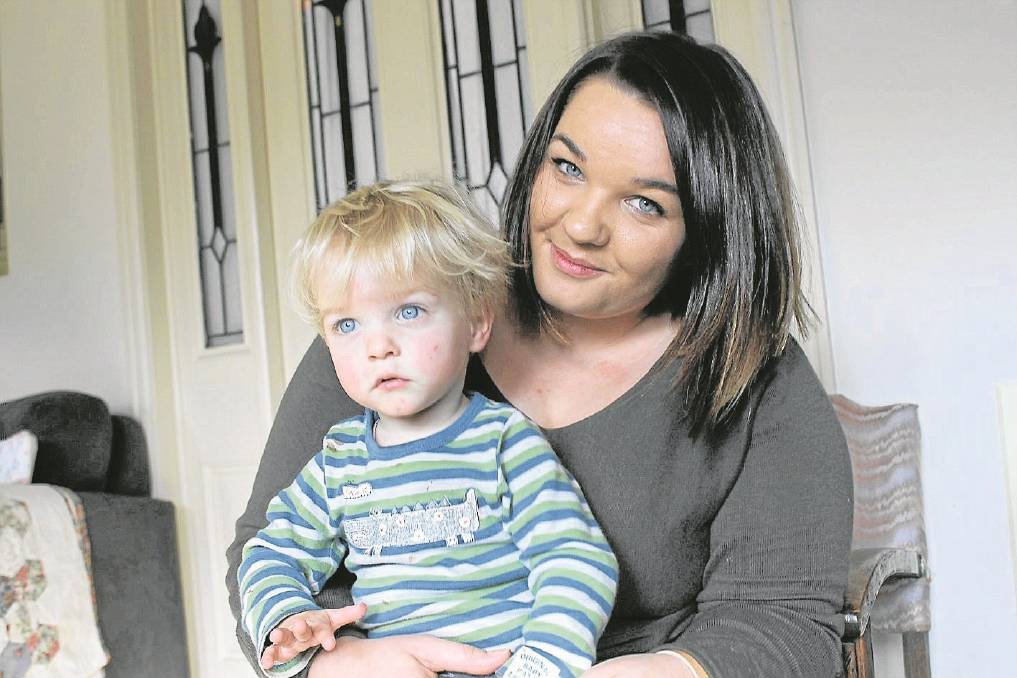 Gabrielle Balfour-Glassey, Ballarat, with her son Ethan, 2, who was born prematurely at 27 weeks.

AS Gabrielle Balfour-Glassey plays with her toddler Ethan, she recalls the harrowing moment he was born prematurely at 27 weeks.

AS Gabrielle Balfour-Glassey plays with her toddler Ethan, she recalls the harrowing moment he was born prematurely at 27 weeks.

Weighing just 597 grams, doctors could not tell Ms Balfour-Glassey whether he would survive.

For the young mother, the experience was terrifying to say the least.

"We just did not know for many, many weeks, whether he was going to be okay," she said.

Fast forward to today and Ethan is now a healthy two-year-old. And while Ms Balfour-Glassey is grateful to the doctors and nurses who looked after Ethan for the 126 days he spent in hospital, she is also extremely thankful for the support offered by Life's Little Treasures Foundation – a charity dedicated to helping families of premature or sick babies.

This year the organisation has been chosen as the charity for this year's Australian Fleece Competition – to be held at the Australian Sheep & Wool Show at Bendigo.

All funds from donated fleeces will raise money for Life's Little Treasures Foundation, founded in 2005 by parents, all of whom had sick babies.

The charity helps hundreds of families in regional areas, including Ms Balfour-Glassey, who is from Ballarat.

"They were so great to me," she said. "They offer phone counselling, and provide you with information about what to expect … they really have unlimited resources."

At 27 weeks' gestation, doctors at the Mercy Hospital told the 21-year-old mother that her baby had stopped developing – and they needed to perform an emergency caesarean.

"He was breathing thankfully when he came out," she said. "But he could not breathe on his own and had to be ventilated for six weeks."

"I couldn't cuddle him for more than two weeks, and I couldn't feed him either," she added.

During this time, Ms Balfour-Glassey relied heavily on the support from Life's Little Treasures.

"The counsellors are parents who have been through the same thing, so it really is an invaluable resource," she said.

"I was only 21 at the time. It was so daunting, but having people to talk to about it really helped."

When Ethan was allowed to come home to Ballarat, Ms Balfour-Glassey felt she owed Life's Little Treasures – and wanted to offer her services.

She decided to start up her own Treasure Time Group in her local area, a playgroup for families with premature or sick babies.

"I knew there were other families in Ballarat who had been through the same thing, but there were no support groups here," she said.

The response was overwhelming, and the group now meet once a month to play and share their experiences.

Last year her local playgroup even raised $2500 for the charity's annual Walk for Prems event held in Melbourne.

"They've been an amazing support group, and it was great to be able to give something back," she said.

She was pleased to hear Life's Little Treasures Foundation had been nominated as this year's Australian Fleece Competition charity.