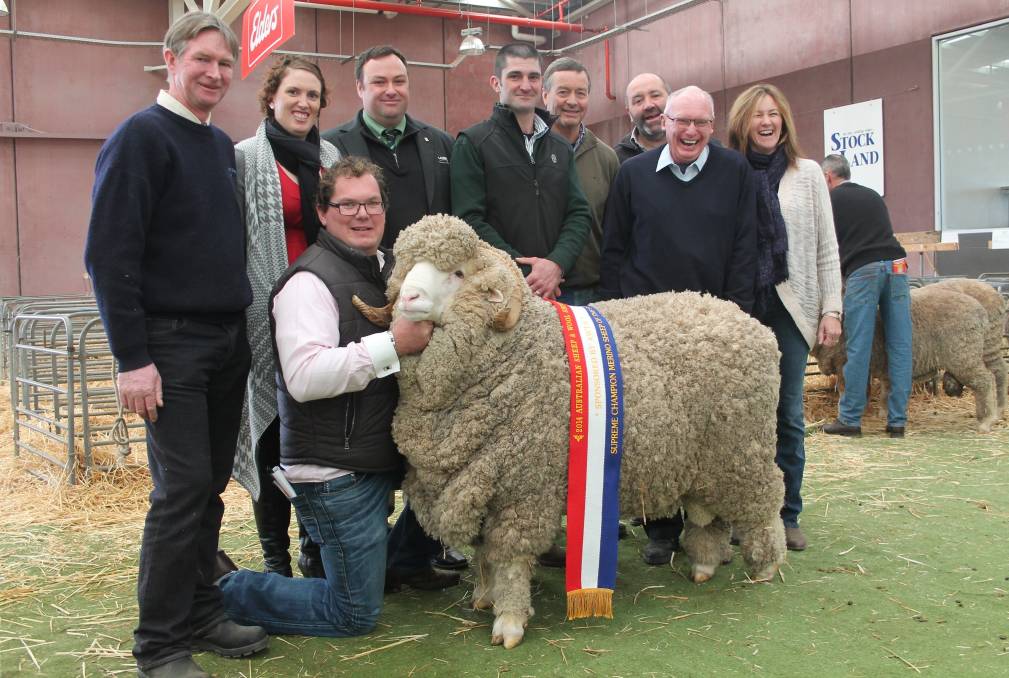 STRONG wool, lamb and mutton prices have combined to paint an exciting scene in the lead up to the Merino Ram Sale at the Australian Sheep & Wool Show.

STRONG wool, lamb and mutton prices have combined to paint an exciting scene in the lead up to the Merino Ram Sale at the Australian Sheep & Wool Show.

The sale will be held at Bendigo on Monday, July 20, where 109 rams and two ewes will go under the hammer at 12pm.

About 34 studs from three states will sell stock.

Landmark stud stock Merino specialist Stephen Chalmers was particularly excited about the strong wool, lamb and mutton rates, and what this would mean for the ram sale.

"It means buyers will be going to the sale with a bit of confidence, which is great," Mr Chalmers said.

Wool prices, which have been poor for some time, have now stepped up a notch – and growers have received some of the best returns in four years.

"Lamb and mutton prices have been making respectable money too," he said.

Mr Chalmers said Merino breeders have been relaying some exciting stories to him, with some saying they've never made as much money before. The only downside is the poor season, which has been hitting breeders in the Western District and central Victoria hard. Some people have been carting water and hand-feeding stock for six months.

"The season has been against us," he said.

On the flipside, New South Wales was faring better.

"It's the first time I've seen water laying around north of Jerilderie, NSW, and if they get a good inch of rain late August, they should have a reasonable season," Mr Chalmers said.

All this suggests a positive result for the sale's vendors. In particular, Mr Chalmers expected the better-end of rams in the catalogue to perform well.

Last year the sale topped at $25,000 and averaged $3462. The sale topper was the 2014 supreme exhibit from Grathlyn, secured by a syndicate of NSW studs.

"Those really good rams will sell well no matter what happens, because people are prepared to pay money for top genetics," he said.

Mr Chalmers has already presided over the catalogue, and said buyers could expect to find some quality rams.

"There's been good interest in the ewes too," he said.

It's the first time in two years since ewes have been offered, with females from Bundaleer and Roseville Park available.

Oakbank's Warren McRae, St Arnaud, is helping to organise the ram sale – the first of the season.

"Hopefully it starts off on a positive note," he said.

He said there was something on offer for everyone, with plenty of rams available for commercial breeders too.