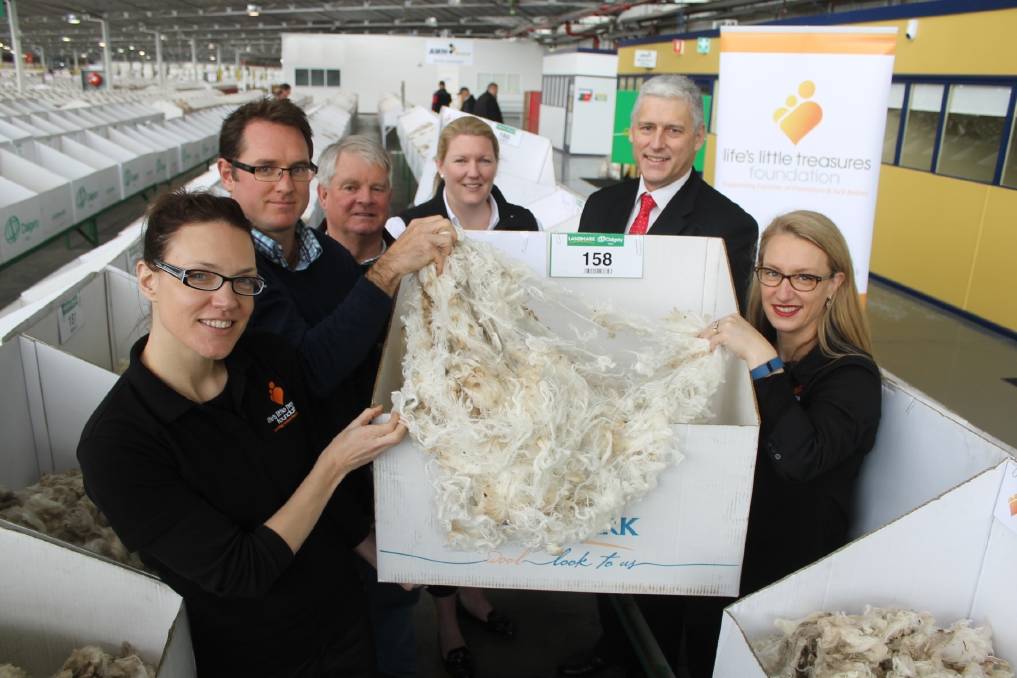 THE wool industry came together this week to make a $14,000 heartfelt donation to Life's Little Treasure Foundation - a national charity dedicated to helping families of sick and premature babies.

THE wool industry came together this week to make a $14,000 heartfelt donation to Life's Little Treasure Foundation - a national charity dedicated to helping families of sick and premature babies.

The contribution was made on behalf of the Australian Sheep & Wool Show Fleece Competition and is the largest donation made in a single year in the history of the competition. Exhibitors donated two thirds of their fleece entries to the worthy cause.

The fleeces were judged in July, and last Wednesday organisers put the contest's 12 bales under the hammer at the Melbourne wool auction.

Kelli Hugo, of Life's Little Treasures, was thrilled the charity had been nominated for the event.

"It's been fantastic for our organisation, and also to be able to make a connection with the rural community," she said.

"We have a lot of families in rural and regional areas that need to travel to the city, and this will go a long way to helping them."

She said 45,000 babies required intensive care each year, and Life's Little Treasures' main objective was to provide information, support and understanding to those families.

"Prematurity and its complications are the biggest causes of death up to the age of five," Ms Hugo said. "And we get no government funding."

Landmark's Candice Cordy said the fundraising added another component to the fleece competition, and had raised more than $100,000 over the past 14 years.

"It's a great joint effort between the wool industry…all sectors are involved," she said.

"We try to get a new charity each year for the competition."

Ms Cordy said it was the largest fully-measured fleece competition in the world.

The top-priced bale at last Wednesday's auction was 16.3 microns, and fetched 1071 cents a kilogram greasy.

It sold to the Melbourne-based company Lempriere Limited, and is expected to make its way onto the European market for the high-end fashion market.